Besides eating, chicken feet are also used to evaluated a flock’s welfare with the feet examined at the slaughterhouse. At this year’s VIV Europe MPJ gave Meyn’s footpad inspection system a good going over. We were impressed by what we saw. MPJ reports

Recently, Wageningen University & Research, Livestock Research, was asked at the request of the European Commission Ministry of Economic Affairs, to conduct a validation of Meyn’s video-imaging system. The number of feet that could be assessed by the camera was 99 percent, meaning that with the Meyn Footpad Inspection System, the footpads of almost all broilers in a flock can be assessed. This is considered one of the greatest benefits of the system, states Wageningen University.

“The camera measures both feet (with the final result based on the foot with the most severe score), rather than just the right foot (which is what happens with a manual measurement). There is also the chance that an inspector (unintentionally) fails to score consistently, but adjusts the method depending on the severity of the footpad lesions in the flock. A camera will always measure in the same way. The video imaging system is indeed costly, but it saves work and images,” says Wageningen University.

According to the European Commission, depending on the severity of the results, farmers are notified that testing done at a slaughterhouse showed their farm has a potential on-farm welfare problem. When more serious issues are detected (i.e. high mortality, very high level of footpad dermatitis), stronger administrative or legal measures are taken, e.g. legal notifications which could result in subsequent fines, other sanctions, or even court prosecution.

Demand for faster poultry production speeds is making it more and more difficult for human operators to perform at the speeds required, says Meyn. The easiest way to keep up is to add more operators to the production line. This ensures quality levels are maintained, and the expected output achieved, but it increases costs and creates a need for ongoing training to keep up with legislation changes. Variations in grading and data logging also arise, as a result of human interpretation and human error.

In order to address these issues, Meyn has developed an automated Selective Hock Ejector system. Using information detected in the Footpad Inspection System (FIS), it can select, per foot or hock, which products should be ejected and directed into specific processing lines. This allows for non-human consumption products to be separated automatically from human consumption.

A Selective Hock Ejector consists of 16 units on a 180° turn wheel. As the hocks are transported around the turn wheel, they can be removed following a signal sent from the FIS. Removal can be pre-set for specific percentages of product to be removed, or can be determined by the grading given to the product by the FIS. 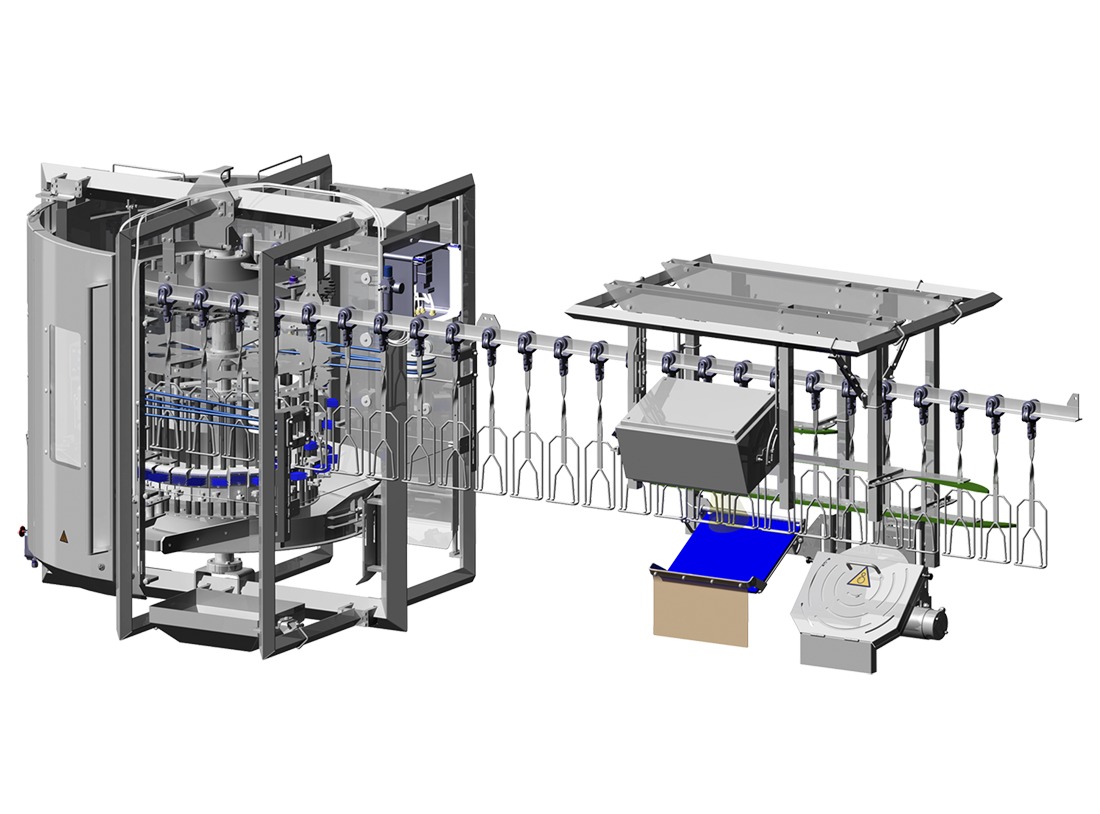